It should have been an enjoyable day. I was at a basketball tournament in Hartford a few months ago and the energy was great. Some 200 people cheered, bikes were given away to community youths, and donation bins accepting clothing for families in need were filling up. 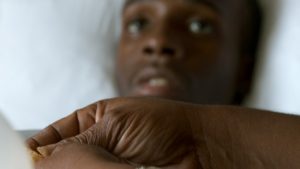 That’s when the sounds of gunshots erupted. You never forget those sounds and the chaotic wave of panic and screams they produce. On that day everyone ran — children, teenagers and adults scattered in broad daylight while another innocent bystander in Hartford died on the ground. Three others were injured.

This wasn’t my first experience with violence. On Aug. 24, 2009, I too became a victim. I was leaving a convenience store in Hartford’s North End and was approached by two men. One of them had a gun in each hand. He was targeting me. Out of reflex, I lunged at him.

I grabbed his arms. I held on tight, but he slipped my grip. Two shots sent bullets searing inches from my spinal cord and I fell to the ground. Trying to stand, my legs didn’t work. I was in the parking lot trying to crawl to the store when my brother saw me. He ran over and held me. The moments were long. I kept repeating, “I don’t want to die, I don’t want to die.”

Truth be told, five out of 10 men in my family have been shot. I’ve lost more than 40 friends to violence, including my best friend, who was killed at 10 years old in Highland Park, Mich. 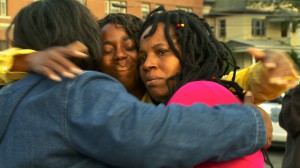 I was mad. I had thoughts of retaliation. So did my friends. Although ours might be a typical response to trauma (or a preventable future act of violence), there were no follow-up services from any community-based organization or gun violence intervention program offered to my family, friends or me. In fact, aside from one underfunded reverend, several mothers who also lost their children to violence, and my family, there was no one to help.

Nighttime was the most difficult. I dreaded seeing the nurse come into my room to change the bandages. The pain was excruciating. I’d stay awake, just watching the door. I wondered if those who shot me would return to finish the job.

I wasn’t alone. Across America, too many young men and women of color endure traumas like this every day and have the same thoughts of revenge.

I know that many violence-prevention programs exist in Connecticut. However, it is puzzling that none called. There were no specialists, therapists or government officials who offered preventive care.

Unacceptably, for too many years, the capital city has had too many lives lost and families broken from violence. We respond with community rallies, meetings and even a visit from the Rev. Al Sharpton. Politicians use the issue to get elected. But with all of this talk, what preventive measures are in place to address these problems, and what programs actually help victims? Too many victims experience abandonment.

I was shot three months after becoming a first-generation male to graduate from college. Had I not been shot, I would have been playing professional basketball in Europe right now. Violence ended my dream.

On the other hand, I fought back. I had lived on one of the most notorious streets in the North End of Hartford, and I considered myself a survivor of violence. I didn’t want to become another statistic in Hartford.

I completed my master’s at UConn’s School of Social Work. As an educated resident and victim of violence, I wanted to connect those at risk with the services they need.

Homicide is the leading cause of death for black men age 15 to 34 nationwide. This is a public health crisis.

Aswad Thomas appeared in the documentary “The Sweetest Land.” He is an advocate for violence prevention programs.