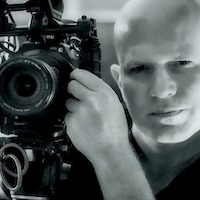 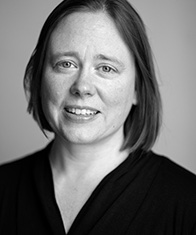 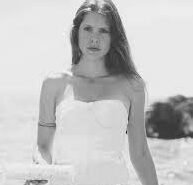 María del Sol  (Film Composer) and classically trained pianist originally from Chile.  Most recently, Ms. Del Sol developed the score for GSW Women, which was published on Medscape.   We are thrilled she will also be developing an original musical score for TAKE THIS DAY – The Heather Lindsay Story.   Del Sol’s  recent work includes the score for Sonnets for an Old Century, written and directed by Oscar nominated screenwriter Jose Rivera. María del Sol’s compositions, ranging from electronic to orchestral, are strongly driven by the emotional power of story — and are intended to create dramatic soundtracks that capture both the intimate and the epic.  She received her Master’s degree from the Screen Scoring Program at NYU Steinhardt where she studied under John Kaefer, Chris Hajian, and James E. Lawrence. 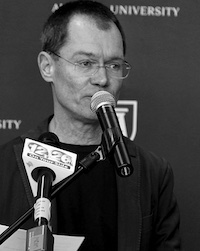 PETER KNOX (Producer):   Mr Knox served as an executive Producer of our Emmy Award winning film, Covidland as well as  The Sweetest Land    We are so pleased, Mr Knox is a current Producer for our upcoming documentary,  Take This Day – The Heather Lindsay Story.      As a partner of Envision Films, Knox’s contributions and commitment to truthful story telling on current social, public health and artistic issues remain unflappable.  He is with us in all that we do.   Mr Knox, a native of Augusta, GA  regularly engages in restorative initiatives within the fields of architecture, healthcare and the arts.

Rich Ferguson-Hull (EFFECTS ARTIST AND ANIMATION): Most recently, Richard created original graphics and animations for our award winning film, The Sweetest Land.  Richard recently completed consulting and directing for the first and second seasons of the animated series Ugly Americans, currently airing on Comedy Central.   Just prior to that, he directed two pilots for Cartoon Network, one of which he also created, co-wrote, and executive produced.  Previously, Rich was the Supervising Director for Harvey Birdman, Attorney at Law, part of Cartoon Network’s late night animation block, Adult Swim.   In 2005, the Harvey Birdman Episode “Birdgirl of Guatanamole” won Best Animated Series For Adults at the Ottawa International Animation Festival. Prior to directing that series, Ferguson-Hull spent nine years at Olive Jar Studios of Boston and Los Angeles, first as animator and director, and later as a Creative Director. He is currently represented for commercial work through Global Mechanic.

Jill BC DU BOFF (SOUND DESIGNER/POST PRODUCTION AUDIO PRODUCER): Jill currently serves as the Director of Audio at Marvel Entertainment.  She is an Obie Award winning sound designer for theatre, radio, television, film and special events in such venues/clients as On and Off-Broadway, National Public Radio, various popular television shows, and independent films. Since 2009 Jill has also served as a Professor of Sound Design at Sarah Lawrence College. Jill is represented by the Gersh Agency. http://jillduboff.com/Home.html

RON KOWALCZYK (ATTORNEY/PRODUCER): Ronald B. Kowalczyk is a partner at Kowalczyk Law Offices, P.C.  Kowalczyk is the lead attorney for Envision Films, who has spearheaded and innovated many complex hospital contracts and policies in production and healthcare.   Mr. Kowalczyk served as a producer on the Covidland, which won and Emmy and the award winning feature-length documentary, The Sweetest Land.   He practices primarily in the areas of corporate law, Entertainment and civil litigation including business, employment, and intellectual property litigation.  In addition, Mr. Kowalczyk is an adjunct instructor at the IIT Stuart School of Business and a lecturer at North Central College. Mr. Kowalczyk received his B.A. from Stetson University, his M.S. in Public Affairs from American University and his J.D. from DePaul University College of Law.

ALEK DEVA (COMPOSER): We were so pleased to work with Alek Deva wrote and produced the original score for The Sweetest Land.   He is the Co-Owner of Black Ink Presents, creator and producer of live musical events, which  include: Get Happy: A Judy Garland Centennial Celebration, Rocketman in Concert (featuring a special appearance by Elton John) The Nightmare Before Christmas in Concert (featuring Danny Elfman), Evil Dead in Concert, La La Land in Concert (world tour), Love Actually in Concert (world tour), Joe Hisaishi Symphonic Concert: Music from the Studio Ghibli Films of Hayao Miyazaki (world tour), The Red Violin in Concert (world tour)   Alek previously worked as Master Electrician and Lighting Designer at Carolina Performing Arts’ world-class performance venue, Memorial Hall, where he collaborated with theater, dance, and music artists from around the world. In early 2012, he produced Something Old, New, Borrowed, and Blue, a world premiere percussion and piano performance featuring award-winning percussionist Scott O’Toole and composer/pianist Alicia Willard. Alek holds a degree in English with a focus in Poetry Writing from the University of North Carolina at Chapel Hill.

ENVISION FILMS HAS RECEIVED SUPPORT FROM