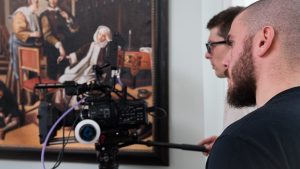 The prestigious Yale School of Drama consistently ranks within the top-three theatre schools in the country.   Graduates include Meryl Streep, Sigourney Weaver, Paul Newman, Angela Basset and many others.   Conversely, Central Connecticut State University’s Film program is not officially ranked.  While we accept students with various interests, it is no surprise why five of our CCSU Film graduates were chosen to produce with the prestigious Drama School. 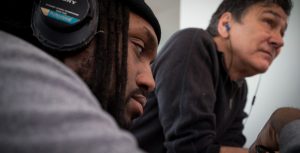 Quietly working in New Britain, Connecticut, for the last decade, CCSU’s Film program has focused on artistic and instructional rigor.  Our emphasis exercises the skills, processes and exploration of content necessary for students to produce with.   Through the years, we’ve accomplished impressive outcomes, but this weekend, our program reached a new milestone – 3 Central Connecticut State University Film graduates, were commissioned to produce with the Yale School of Drama. 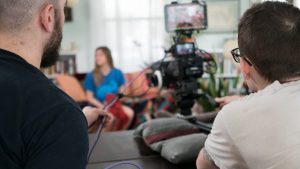 As part of the State University System, CCSU’s Film program accepts students without any production experience.  While the desire to tell stories is critical, it is actually the ability to revise, evaluate and sustain a practice of filmmaking, which builds meaningful productions and sustainable skills.  Engaging in that work can be nothing short of transformational and often times, predictable.

This weekend, CCSU’s FILM program is proud to congratulate five of our graduates, Joshua Therrault, Rashad Frett, Colleen Brown, Kara Brewer and Robby Silcox.  You continue to break new ground, grow your artistic techniques and model what is possible from a State University in New Britain, CT..   This is what we do!